Dromia is a written story project about an alternate world beyond the Cretaceous, where dinosaurs continued to live and evolve. It mainly revolves around the Dromia, an intelligent raptor species that has spanned the continent and created their own culture, mythos, and dangers. We follow the story of Firefly, a young female Dromian on her first outing from home, where she soon runs into an eccentric traveler from the southern lands, and the strange cult of god-worshipers that seem to want something from her. She must avoid them and the unique dangers this world presents.

Dromia is intended to be purely for fun. It involves some light spec evo and worldbuilding, and so far I am unsure if the final story will be shared. Below, though, is plenty of concept art I drew for it, because I can’t resist drawing dinosaurs in any way. 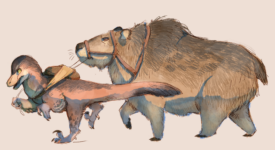 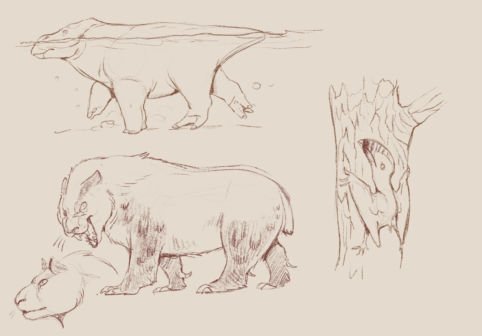